History of the School

Over 140 Years of Educational Success at Underwood

‘The scholars were orderly and sang and exercised nicely. The mechanical work has been well done and this percentage of pass is fifteen higher than last year. The prepared garments in needlework and the specimens worked on the examination day were of good quality.’ So said Her Majesty’s Inspector after his visit to Underwood School in 1887. 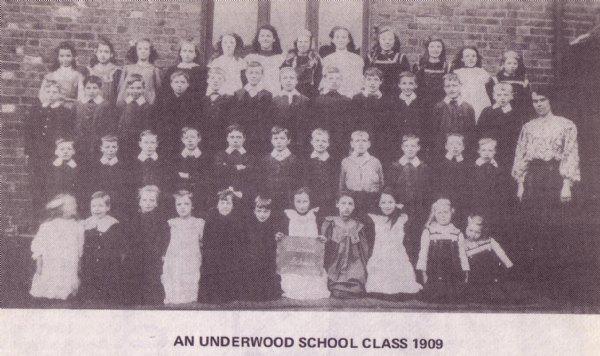 Underwood School opened its doors to the children of the village in 1879. The neighbouring schools could no longer cope with the rising number of children in Underwood and due to the generosity of Earl Cowper, a small school was opened by the National Society of April 21st, 1879. Maria Pope was the headmistress and to assist her in the teaching (there were 125 pupils on roll) she had one pupil teacher (Mary Swain) and one monitoress (Mary's sister, Rebecca Swain). The original building had two main rooms, namely the present hall and Class 3’s classroom. It catered initially for children aged three to ten years and was known as the Underwood National Infants School.

Due to increasing numbers, a second building was added in 1884 and became the Underwood National Mixed School under the Headmaster George Stringfellow. The two school remained separate under their respective headteachers until 1912.

Religious Instruction played a very important part in the curriculum at all levels. The Diocesan inspectors investigated the children’s knowledge of the Old Testament, Catechism, Christian Year, etc. The Scripture Report for 1917 given by the Revd. Brearly includes the following observations:

‘There is a pleasant tone in the school and it is apparent that the teachers and scholars enjoy the religious lessons. The only criticisms I should make are:
1. The application of the facts of church doctrine and Bible history is not sufficiently definite. The children are not able to use the facts in their daily lives.
2. The questions of children’s private prayer should receive more attentions. I would suggest that on no account should the children be allowed to represent our Lord either in plasticine or in drawings.'

A copy of the latest inspection by the National Society can be seen in the Key Information section of this website.  How are we doing now?

The Headteachers of Underwood School

9th May 1879
Attendance poor on account of wet weather this morning – several homesick this week – gave notice to children that a Sunday School would be opened on May 11th in the school. Average for the week 95.

23rd May 1879
Attendance not so good – kept in every day all who came late. Mary Alice Gregory left on account of the school being cold – caned two boys severely and kept them in until 12.45 – one for disobedience to me to and the other for throwing stones at the school door.

7th April 1880
I caned several children for shouting after me in the road last night.

24th November 1880
No fires in school as there is no coal. And the weather is so cold I allowed the children to exercise for the first quarter of an hour and had this time made up in the play hour.

1882
Charlie and Joseph Harris are dangerously ill – their mother says the cause is being in the school with no fires. Rev. Wright has told me that the coal must last a month – there will be no more.

21st June 1887
A whole holiday was given today to allow the children to attend a tea and sports at Selston, in honour of the Queen’s jubilee.

23rd June 1897
Holiday given. Diamond jubilee of her most gracious Majesty, the Queen Victoria.

Several scholars applied for their labour certificates having obtained work at the colliery.

23rd January 1901
Order by Vicar to close school on account of the death of Her Majesty, the Queen.

July 1917
Two balloons passed directly overhead. Children were delighted when occupants waved a flag to them.

25th July 1919
Children (whilst on holiday) celebrated peace. About 350 scholars sat down to tea organised by staff of this school. Children decorated rooms with decorations made in handwork lessons. After tea a grand parade through the village in fancy dress. Every child received a packet of nuts, sweets and a bun.

24th January 1929
Hot drinks commenced.Headmistress excluded a child owing to her filthy condition. Her hair was alive with vermin and bleeding sores, and the stench prevented anyone approaching her willingly. She has become a menace to her class and the school in general.

1941
Air raid alert. Children sent home except those a distance away. Those who could not get home sheltered in Mr. Wain’s air raid shelter.

5th July 1965
School closed on account of the 700th anniversary of the signing of the Magna Carta.

There are interesting events in the school's life such as the arrival of the first BBC Micro B Computer in 1981 and the exciting acquistion of a 'photocopying machine' in 1984.  Maybe those entries, and others, will be published here in years to come. 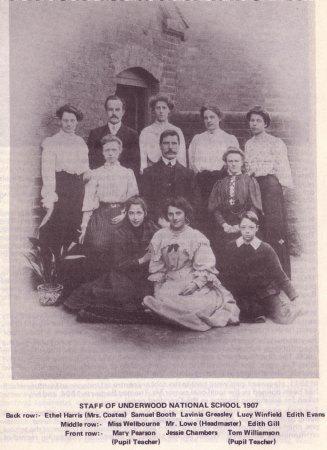 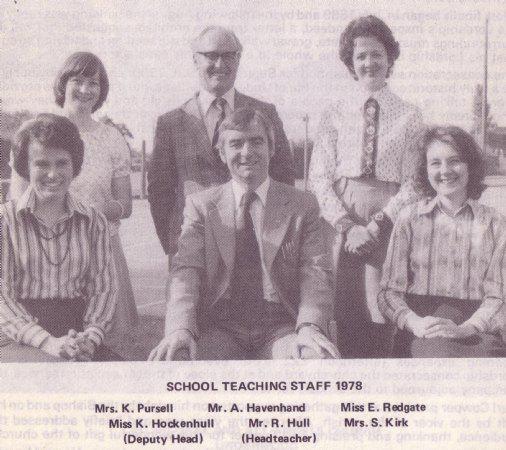 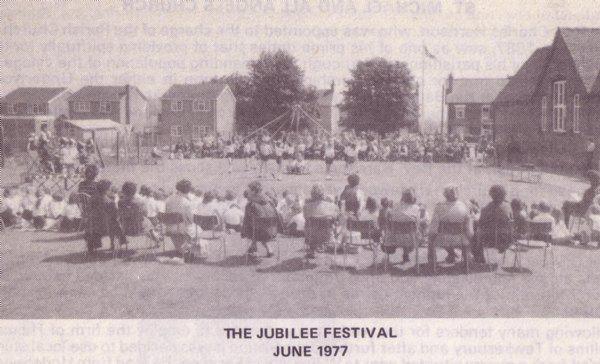 The changes that our little building on the corner of Main Road has witnessed are beyond comprehension. As we look forward, we feel proud of our past and excited about the future.

Here’s to the next 140 years of educational success at Underwood School!

If you have any photographs that you are willing to share, please contact the school via the office.  Many thanks.

Unfortunately not the ones with chocolate chips.

Some cookies are necessary in order to make this website function correctly. These are set by default and whilst you can block or delete them by changing your browser settings, some functionality such as being able to log in to the website will not work if you do this. The necessary cookies set on this website are as follows:

Cookies that are not necessary to make the website work, but which enable additional functionality, can also be set. By default these cookies are disabled, but you can choose to enable them below: